The Champagne Bureau, USA came through Chicago February 29 with a large tasting at The Ivy Room. The Bureau works to educate U. S. consumers about the uniqueness of the wines of Champagne. What a tasting it was. There were at least 36 different brands represented not including the different wines each brand was pouring. When people talk about champagne and particularly the houses, brands and marketing are always pointed out. Yes, they are brands but a lot of them branded themselves in the 17th and 18th century so there is an awful lot of authenticity, history and stories behind those brands which I am only briefly touching on in this post.

The event was comprised of mostly the houses or NMs (negociant-manipulants) who buy most of their grapes from growers and then make the wines themselves. The biggest thing that hit me besides the thrill of tasting such a variety of bubbles,  was how old the Champagne region is and as I said above, the history behind the houses.

Mini-History: As early as the 1st-4th century, Champagne became an administrative center for the Romans and a quarrying site for chalk. In order to build the city of Reims (which became the epicenter of commerce in the region, then and over the years), they dug 300 deep quarries, these vertical chalk pits are called crayeres. During the World War I, when the area was bombed heavily, thousands of people lived in these crayeres. Today, they are used as cellars for the champagne. The crayere at Pommery, pictured in the header was used for a hospital during the war. 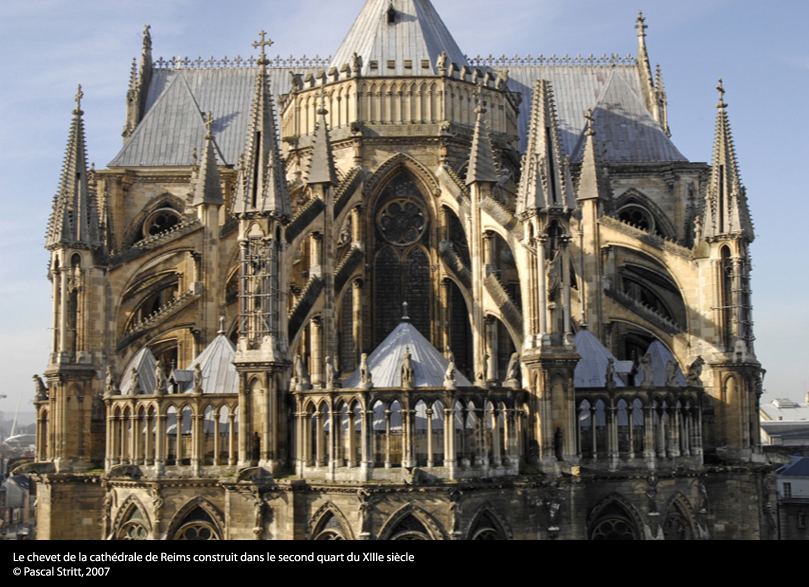 In the 5th century, Clovis, King of the Franks, after making a deal to convert to Christianity in order to have help uniting all the Gaulish tribes, was baptized in the original cathedral of Reims. 27 French Kings were crowned in the cathedral over the course of 600 years. In the 12th century, the original cathedral was damaged by fire and then reconstructed. During the middle ages, Reims was a crossroads for commerce, particularly textiles. This trade continued through the centuries. The merchants would give their customers still wine as gifts but soon the wine trade took over from the textiles.

It was in the 17th and 18th century, due to more reliable glass and cork seals that champagne became a business and the first champagne houses were established. Ruinart was the first in 1729. Among the champagnes I tasted, Louis Roederer 1776, Charles de Casanove 1811, Billecart-Salmon 1818, Pommery 1836, De Venoge 1837, Pol Roger 1949 and Duval-LeRoy 1859. These houses are old and built literally on history. Most of my recap above I sourced from my study materials from the French Wine Scholar and from Karen MacNeil’s Wine Bible.

Some may say that there are plenty of good substitutes from other regions of the world for “real champagne” but at the same time, Champagne’s history really is unique and its terroir, grapes, the many secret sauces, assemblage (their mix of still wines), liqueur de tirage (their mix of yeast, sugar, and wine before the second fermentation) and the final secret sauce the dosage (sugar and wine added after disgorgement) give it a very unique character and taste, that really no other region can match. They may be able to match the process but they can’t necessarily match the grapes or their flavors that come from growing in this specific area, the still wines used and the recipes for assemblage. If you love the taste of French champagne and there are many different tastes of champagne, there really is no other substitute.

Location: Champagne is the northernmost wine region of France. It is as close to the farthest north in latitude that grapes can grow. The size of the region most closely matches the size of the city of Denver and its environs according to Karen McNeil in the Wine Bible.

Between the northerly climate, which makes grape growing hard, the the mix of soils, porous, ancient, belemite and micraster chalks of the north and then the Kimmeridgean limestone of the Cote de Bar in the south which shapes the grapes flavor and character, there is no identical place to Champagne.

Many of the champagnes I tasted had been on their lees (which hones that biscuity, toasty element) for almost 10 years and had only been disgorged less than a year ago. The lees aging affected each Champagne I tasted slightly differently but just as deliciously and yet the wines were bright, fresh and sharp as well. The Pommery I tasted, really reminded me of honey nuts cheerios in a good way.

Here are some photos of the of bottles:

This event presented a broad swath of the 2006 vintage among others and an example of the varieties of style. Yet again, this event demonstrated to me the more you know the more you don’t know. It showed me there is a wide world of great champagnes out there and there are a lot of them at many different price points some within reason and some for me within wine-luckiness. The RM (recoltant-manipulant aka grower) versus NM ( the houses) is a whole other blog post and discussion, I think pondered over a glass of your favorite champagne of either persuasion. I totally agree that there are a variety of wonderful bubbles out there in other areas of France and throughout the world that I am very happy to sip. But I really do think, if price is not the issue, in the bubble world there truly is no substitute for  Champagne.