I have always been wine curious and an avid traveler. Drinking a glass of quality wine for me triggers thoughts of where it was grown, what kind of grapes, what do the vineyards look like? So even if I didn’t have the funds to actually travel (which is most often the case, unfortunately) drinking a glass of wine can be a vicarious way of traveling. Each glass has a story to tell, of how it was made, what is the terrain like, what is the place like, which for me is part of the fun of drinking wine. Hence, I am always on the lookout for new wines to try and ideas for places to put on my contantly updated travel bucketlist.

When I saw that Publican Quality Meats was hosting a Croatian wine dinner with the wines of Zlatan Otok Vineyards, I signed on immediately. Zlatan Otok did not have a distributor in Chicago as of this posting. I strongly suggest if you live in Chicago keep an eye on wine dinners at PQM. They pop-up from customer demand and connections, so there is no regularity to them but well worth it if you can make it.

Grapes have been grown and wines made in Croatia since the Greeks. Wines continued to be made over the centuries during all the wars and empires that came and went in the region. In fact, Mike Grgich, the famous Californian winemaker, who created the 1973 Chateau Montelena that bested Burgundy Chardonnays in a blind tasting, now known as the Judgement of Paris, is Croatian and brought the wine making techniques that he learned in the coastal region of Dalmatia to California.

To give you some perspective on the size of the country relative to Chicago. When you look at a map, Croatia is the size of West Virginia and the population is approximately 4mm while the population of Chicagoland is 9mm. Slovenia borders Croatia to the northwest and Hungary borders it to the Northeast. Bosnia and Herzegovina is their neighbor to the east and south. Croatia is just across the Adriatic Sea from Italy, so in Dalmatia (yes, this is where Dalmatian dogs originate from and southern Dalmatia is one of 5 wine sub-regions in Croatia), the climate is Mediterranean and characterized by dramatic high cliffs and rocky coasts. If you look far down the map and find the town of Spit, the vineyards of Zlatan Otok are located on the island of Hvar, which is the island right off the coast of Spit.. Zlatan’s other vineyard, Makarska, is inland and located beneath Mount Biokovo which you can find going just a bit southeast of Spit.

The dinner at PQM was set up, I decided, the way they do business in Croatia. A friend of PQM was Croatian and he knew the family and winery, loved the wines and wanted to bring them to Chicago, hence the dinner was born. Did I mention they did not have a Chicago distributor as of this post.

Before I get into the winery and some grape geekery, hats off to Chef de Cuisine AJ Walker. We had a persimmon, hickory and mustard salad that was paired with a 2014 Zlatan Posip (white grape discussed below), a really tasty seafood stew of clams, mussel, squid, branzino, lemon grass, potato and pepper paired with a 2014 Zlatan Crlenjalk Organic Zinfandel, a leg of really, well-seasoned lamb with delicata squash, merguez caponata, rosemary and ricotta salad paired with Zlatan’s Grand Cry 2010 Plavac from Hvar Island and finally, bittersweet chocolate panna cotta paired with their 2010 Zlatan Porat dessert wine.

I didn’t have a chance to take pictures of the food or really analyze the wine in tasting, this was an informal family style dinner but I got the sense it was very Croatian.

The Winery in brief – Marin Plenkovic, one of the sons and wine maker was present at the the dinner. They established their family farm in 1986.  Their wine was really well received among their friends and colleagues so they started to sell their wine in 1989.  Their vineyards are located on the southern slopes of the island Hvar and on Makarska vineyards below Mt Biokovo, as well as the vineyard in Šibenik. If you go to the map of Croatia and find the very southerly town of Spit, Hvar is the island right off the coast. They farm organically, for all intents and purposes, as is much of the produce and farming in Croatia. All the grapes because of the high cliffs on Hvar are picked by hand.

Grape Geekery – Okay for you wine geeks out there, there are plenty of native grapes to know, learn and love on Croatia, native to some or autochthonous or indigenous to others. The white grape we tasted was Posip and grown on Hvar Island. Because the island is so far south, the grape definitely had notes of ripe fruit, but had a light body. Crlenjak Kastelanski which is one of those “wine test multiple choice grapes” has been found to be genetically equivalent to zinfandel. Although I wouldn’t think to pair a zinfandel with seafood, this wine went fine with PQM’s fish dish. The hearty stew did have hints of lemon grass and I think the pepper sofrito worked with the wine which had a fruity and earthy taste to it. The gem of the night was the Zlatan Plavac Grand Cru. Plavic Mali is the major red grape of southern Croatia, Dalmatia. It has strong tannins and flavors of blackberry, dark cherry, pepper and spices. The pairing of the Plavic with the spicy lamb was the best pairing of the night.

This was a very informal night of tasting new grapes for me. So it was much more an introduction and a small taste of these wines and a view into this part of Croatia. No wonder that Zlatan has recommendations of where to stay on their website. Here is a video from the vineyards website of the area. Below are a few more pictures of this absolutely beautiful part of Croatia. From what I understand it is great value to visit! Zivjeli! 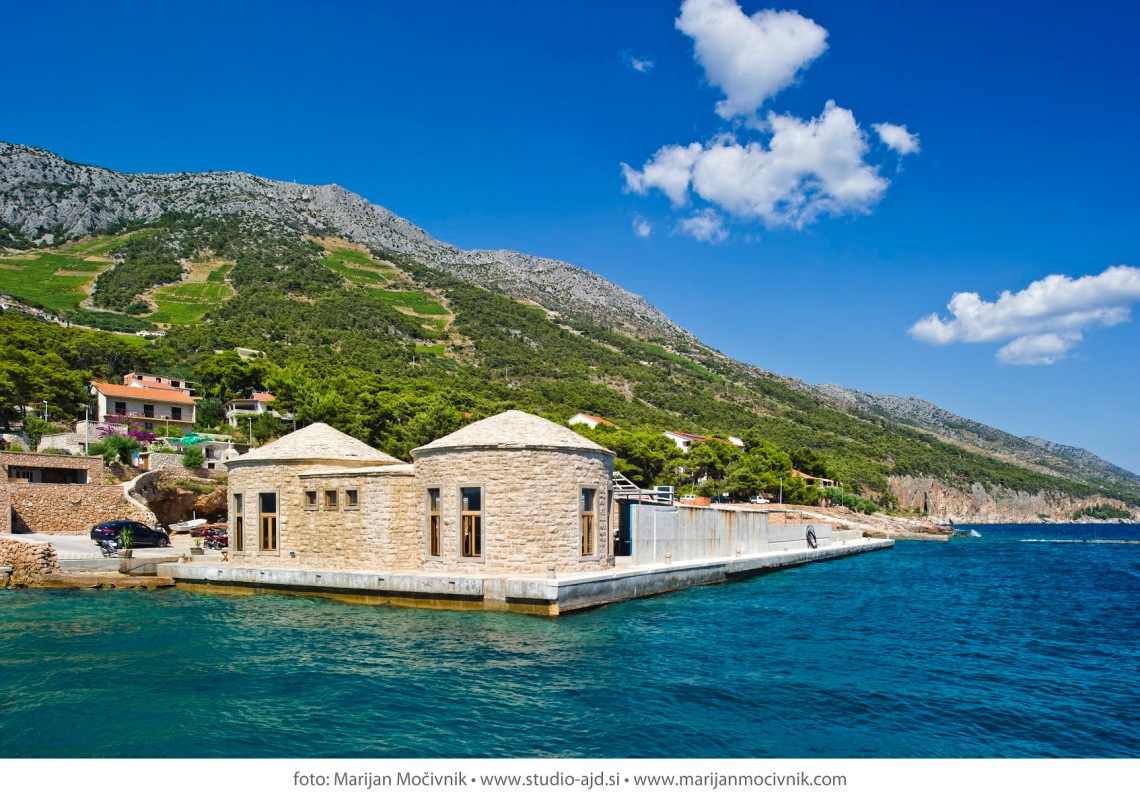